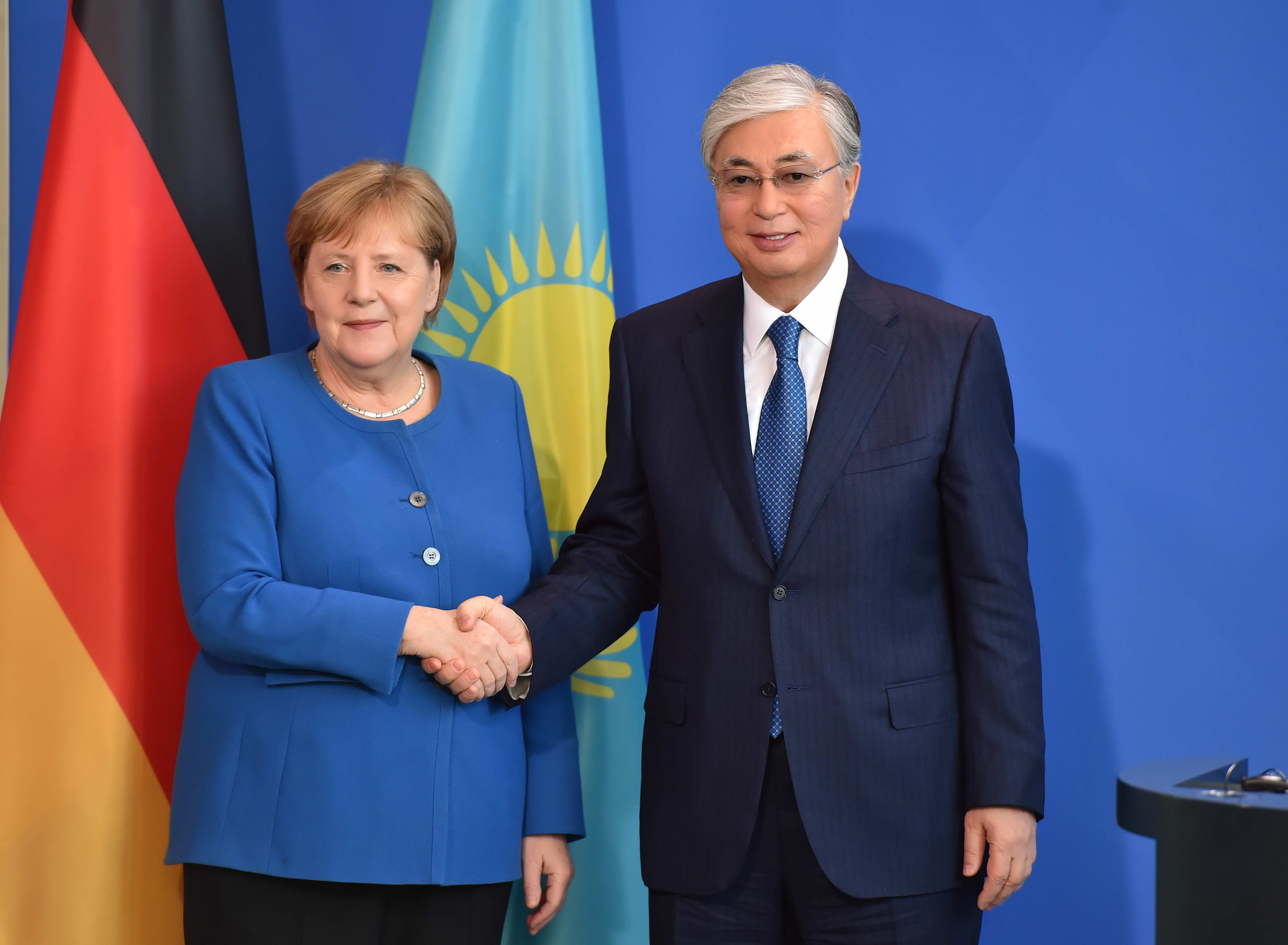 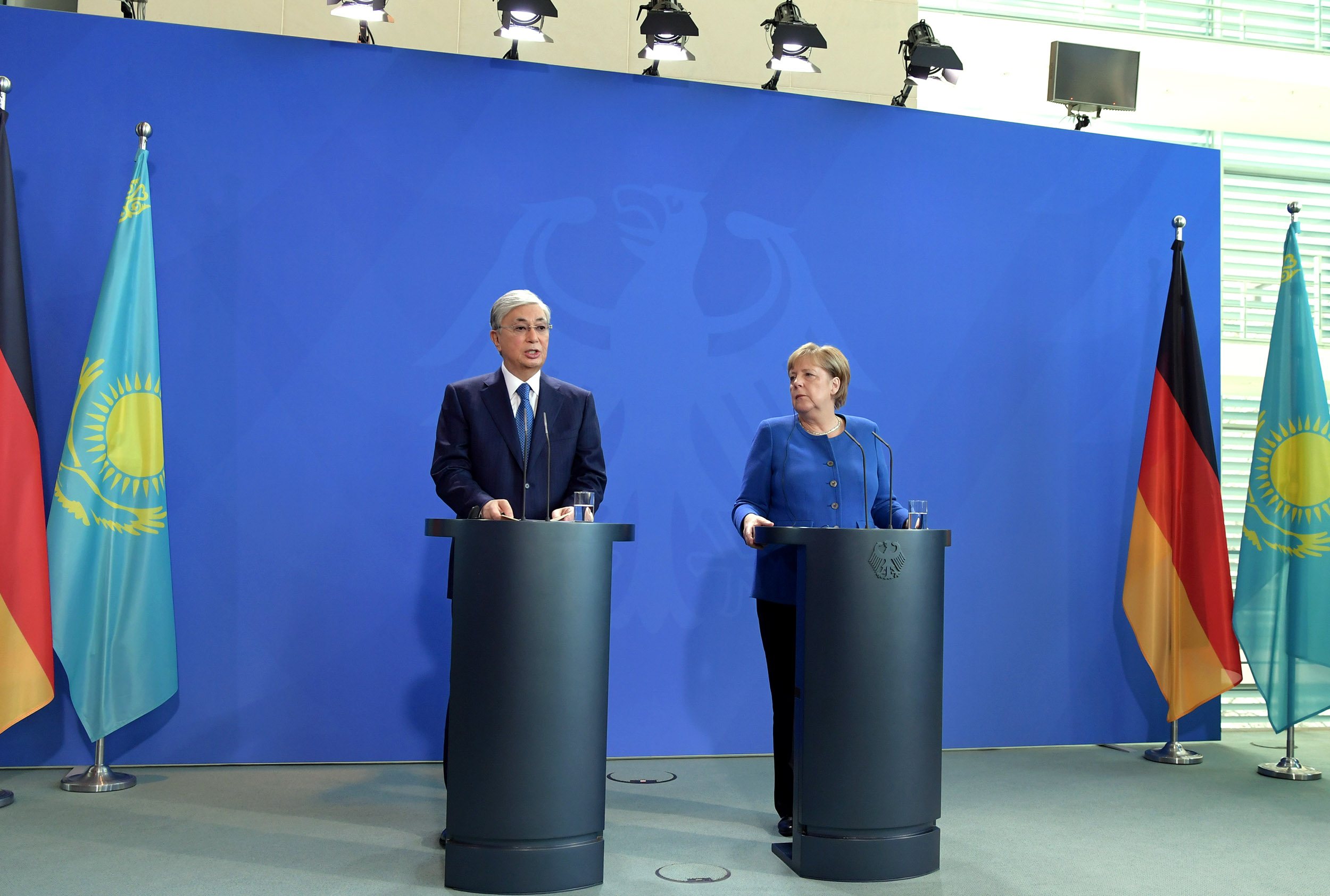 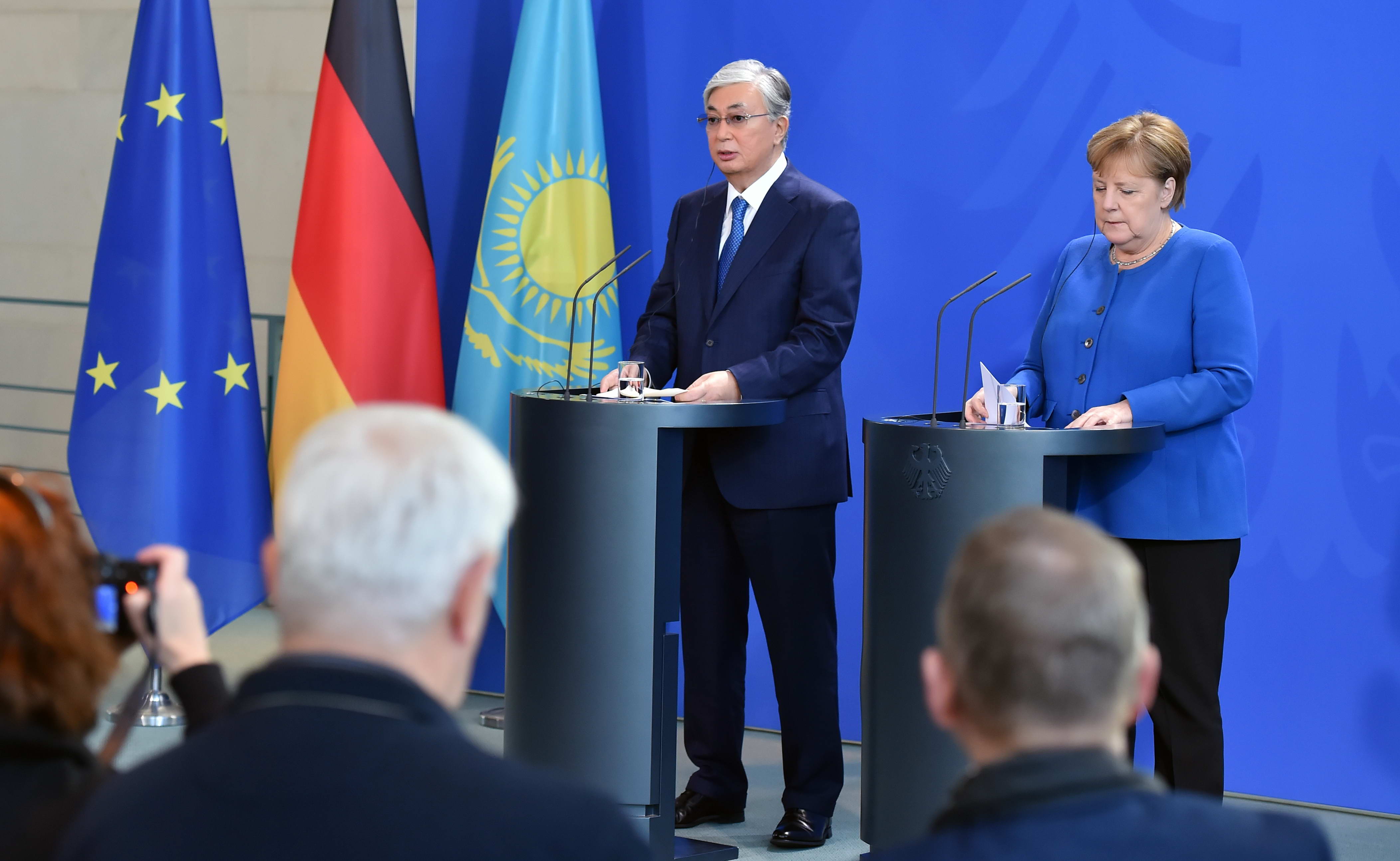 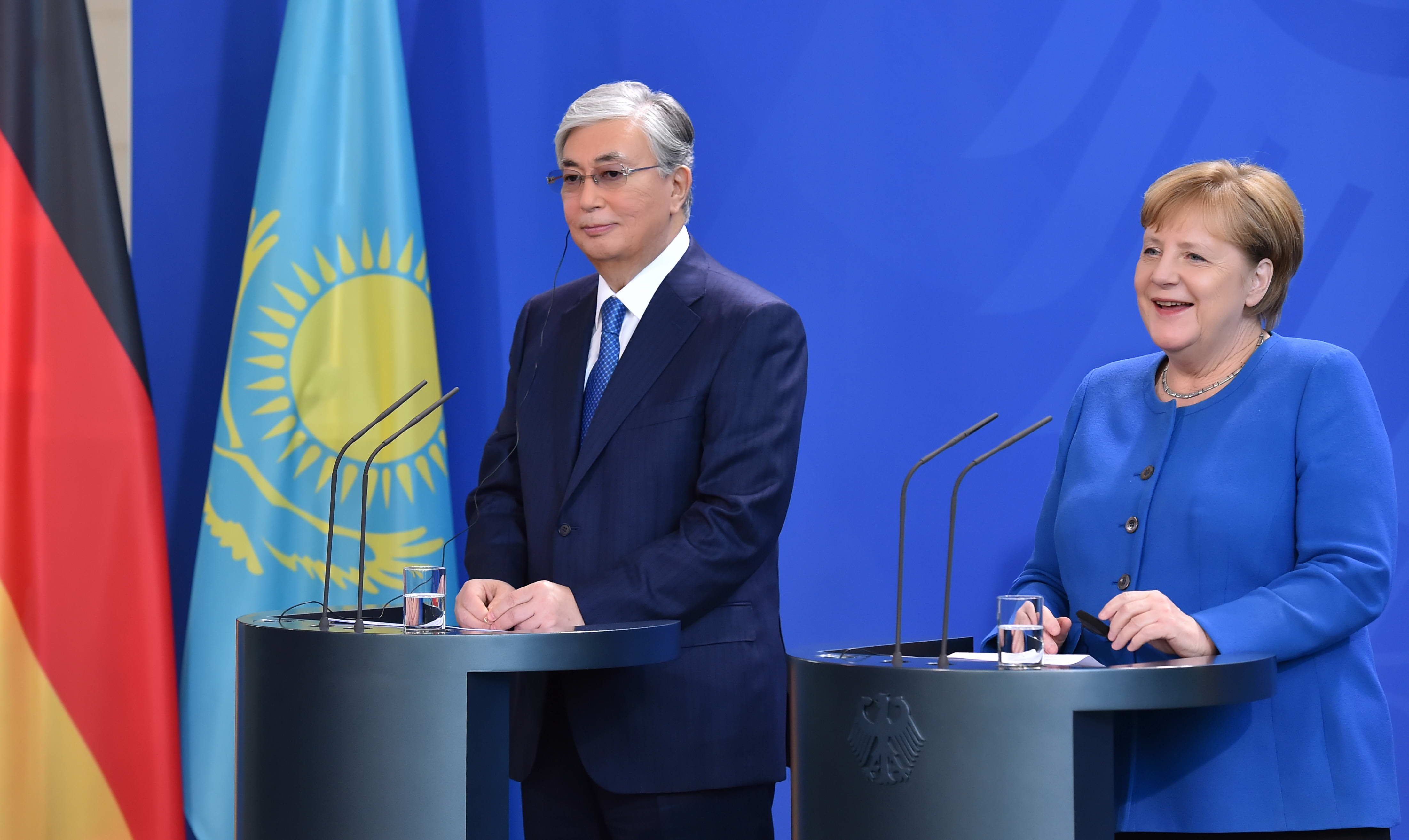 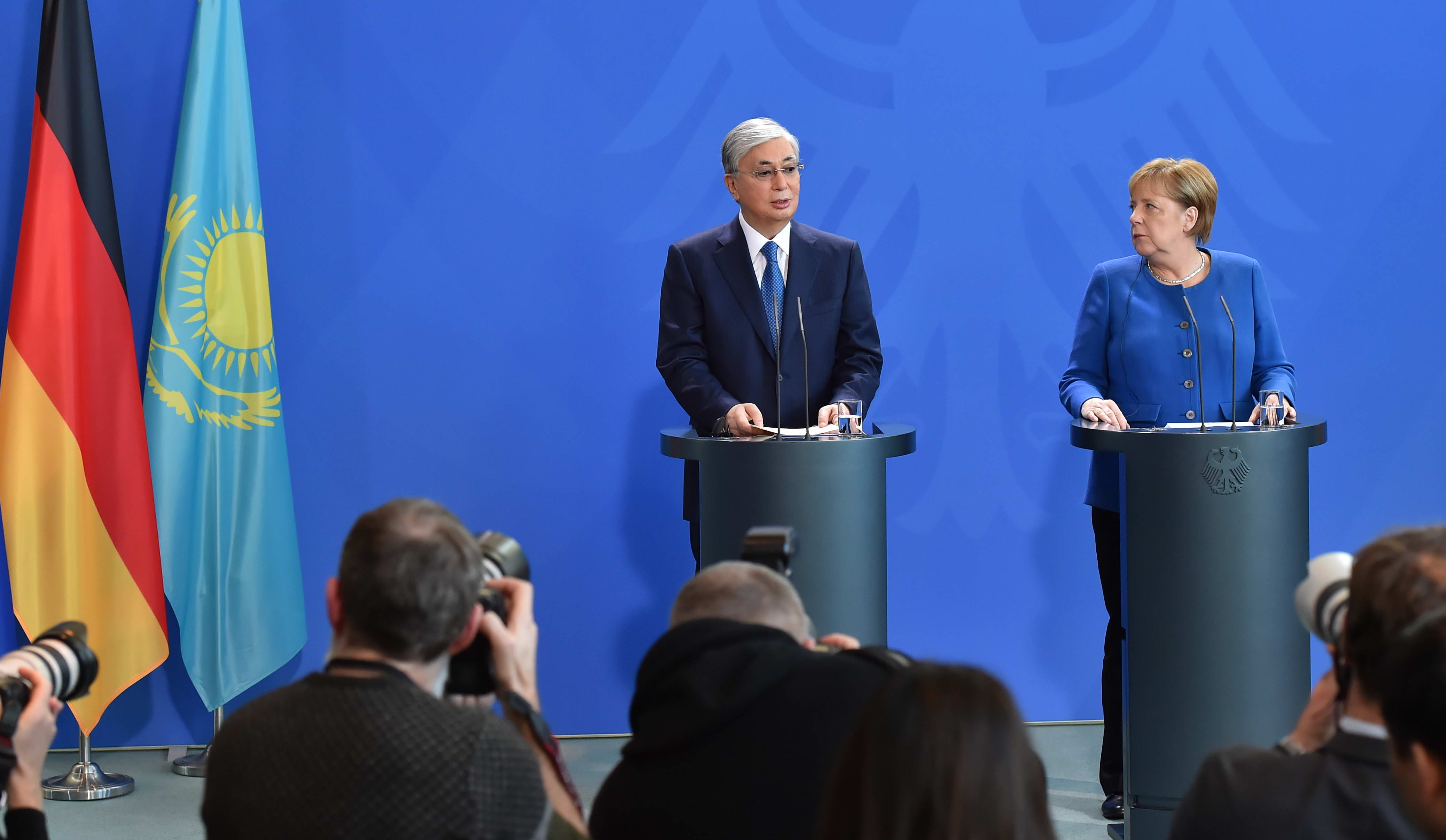 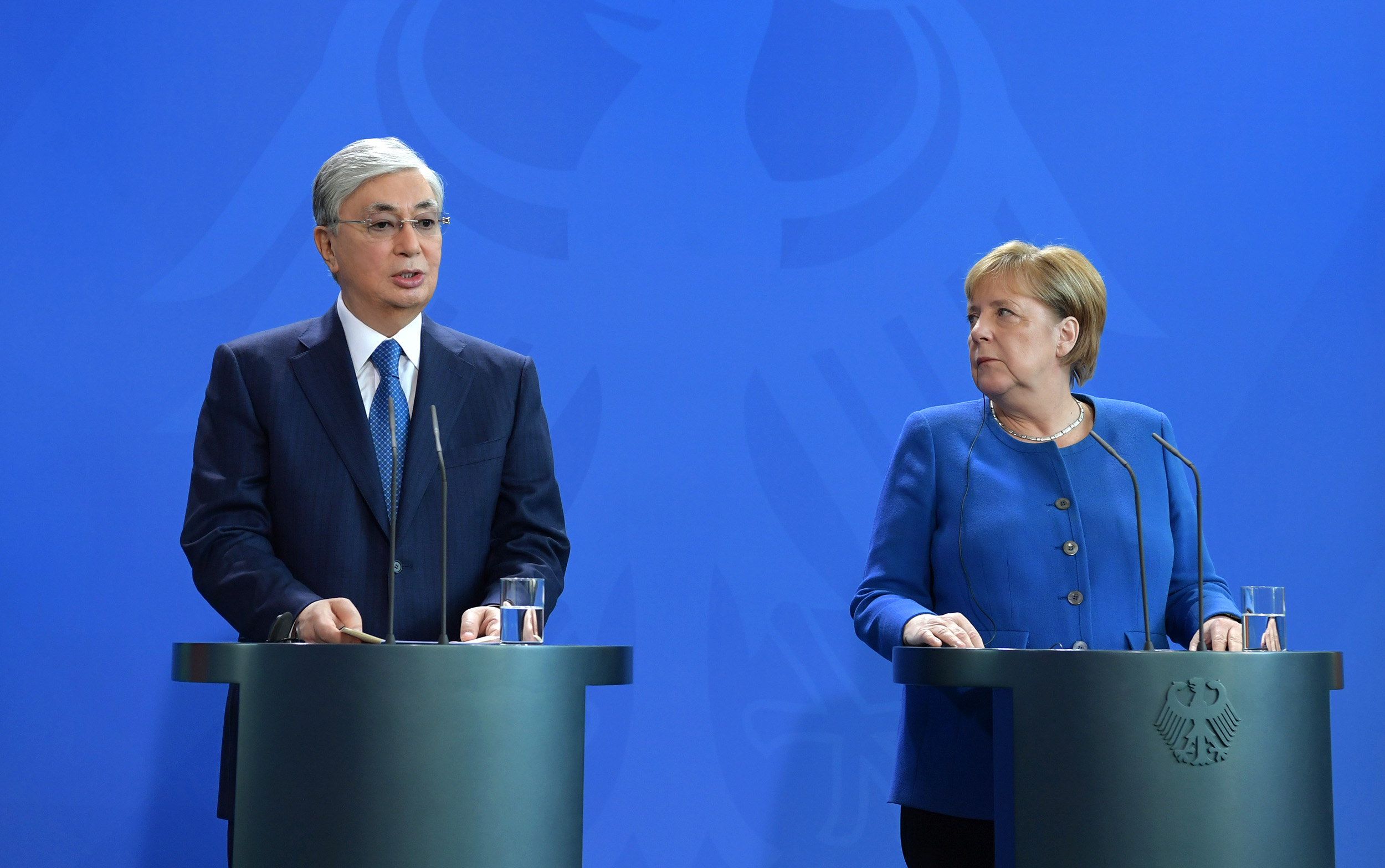 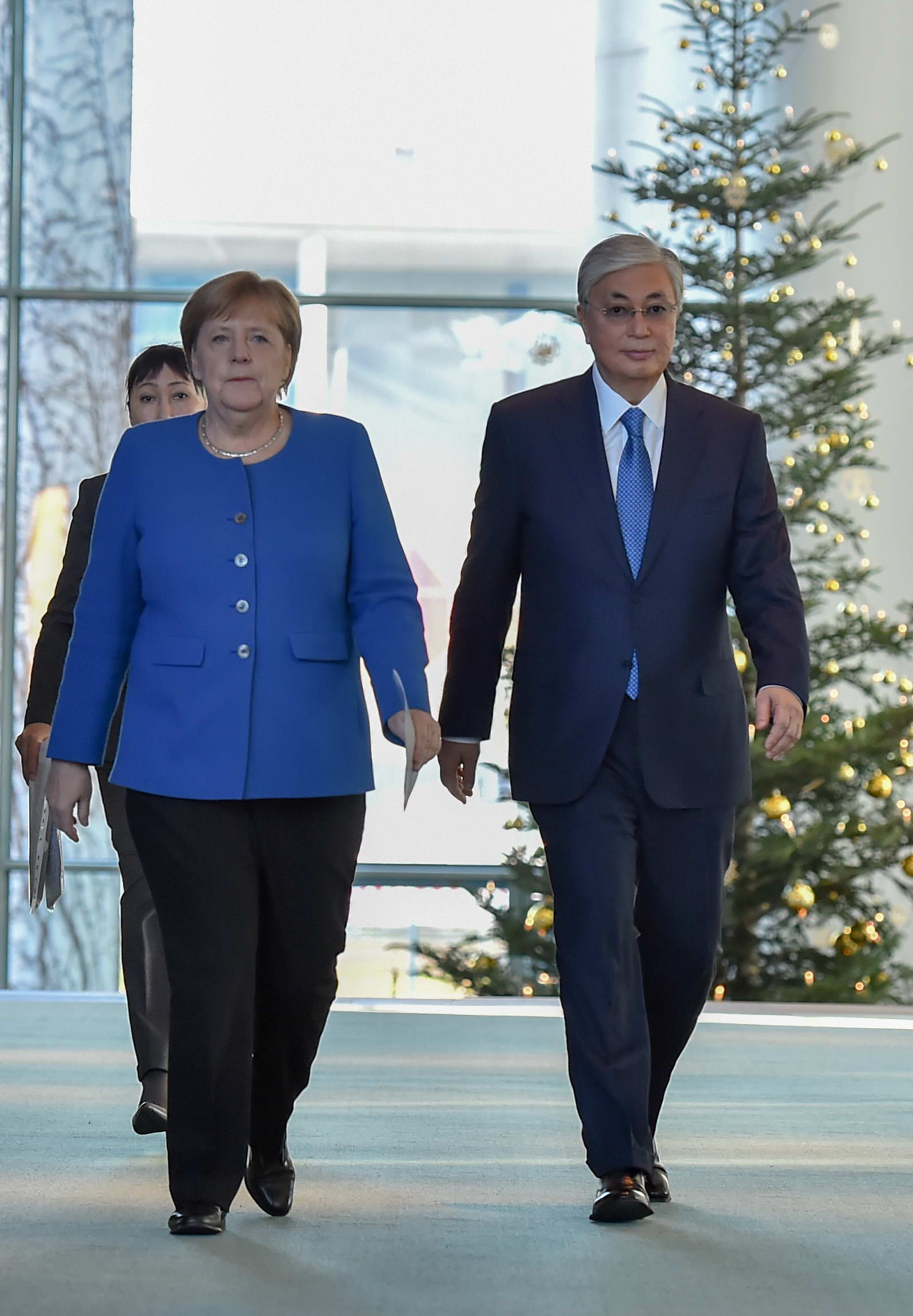 Еxpressing gratitude to the German Chancellor for the warm welcome, the President of Kazakhstan highly appreciated Angela Merkel’s personal contribution to the strengthening of friendly relations between our countries.

The Head of State noted that as part of the continuity of its foreign policy, Kazakhstan will continue to implement the initiatives of the First President – Elbasy Nursultan Nazarbayev.

Stressing that Germany has become the first state of the European Union, which he visits with an official visit as President, Kassym-Jomart Tokayev called it as important to further strengthen the partnership. According to the President, the main purpose of his visit is to give additional impetus to economic cooperation and political interaction between the countries.

“Being the 4th largest economy in the world, Germany occupies only the 12th position in our economy in terms of investment presence. In the near future, 700 large, medium and small assets of our economy will be privatized, which opens up good opportunities for German entrepreneurs. The more investments will be attracted, the more profitable it will be for both sides,” the Head of State stressed.

Kassym-Jomart Tokayev said that Kazakhstan is ready to offer special conditions for German investors, which would be beneficial for both sides.

The two leaders also answered a number of questions from the journalists.

In particular, the President of Kazakhstan was asked to comment on the decline in trade between the two countries. Over 8 months of 2019, exports from Kazakhstan to Germany fell by 21.4%, which experts attribute to the situation in the oil market.

“Indeed, such a trend is taking place. The main purpose of my visit today is to change the situation. Therefore, during the negotiations, I have made a number of proposals to Mrs. Chancellor,” Kassym-Jomart Tokayev said.

The Head of State was also asked about cooperation in the implementation of the dual education system in Kazakhstan.

“Indeed, dual education is very important for the development of our economy. We used the German experience, cooperate with Germany in this matter and will continue to do so,” the President said.

In turn, German Chancellor Angela Merkel in her speech noted the contribution of the First President Nursultan Nazarbayev to the achievement of a high level of mutual understanding with Kazakhstan. She called the talks with Kassym-Jomart Tokayev as fruitful and expressed confidence that its results will elevate bilateral ties to a new level.