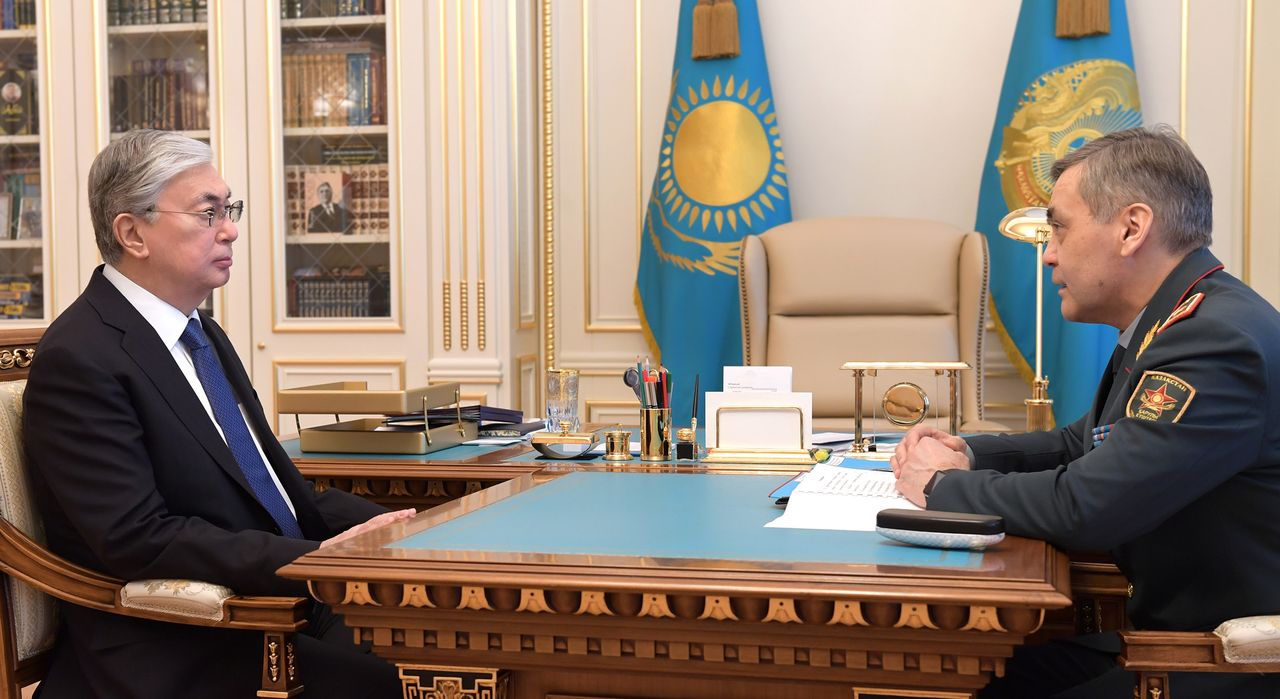 The Supreme Commander of the Armed Forces heard a report on the ongoing work on the Concept of construction and development of the Armed Forces, as well as on the progress of inventory and verification of the state of weapons, military equipment and ammunition.

Nurlan Yermekbayev also informed President Tokayev on the Ministry’s activities to monitor existing risks in the geopolitical and economic formats, issues of international military cooperation, as well as the preparation of legislative works aimed at improving the efficiency of the armed forces management and improving the country’s defense capability.

The Head of State paid special attention to exercising the necessary work to improve the infrastructure of the armed forces, ammunition storage facilities, landfills and military camps.

Following the meeting, Kassym-Jomart Tokayev gave the Defense Minister a number of instructions to improve the social status of military personnel and the quality of military training, including taking appropriate measures to strengthen military discipline.