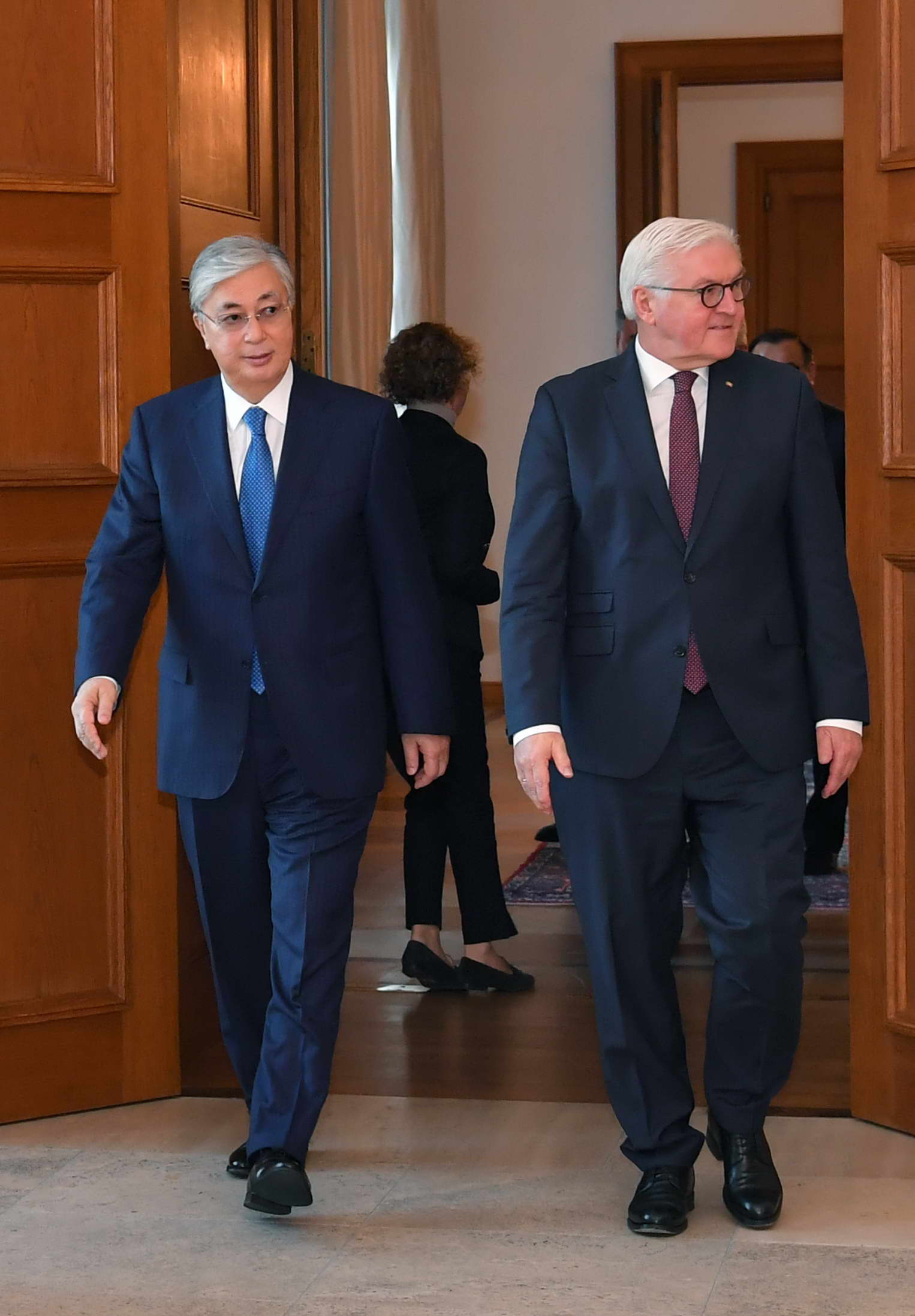 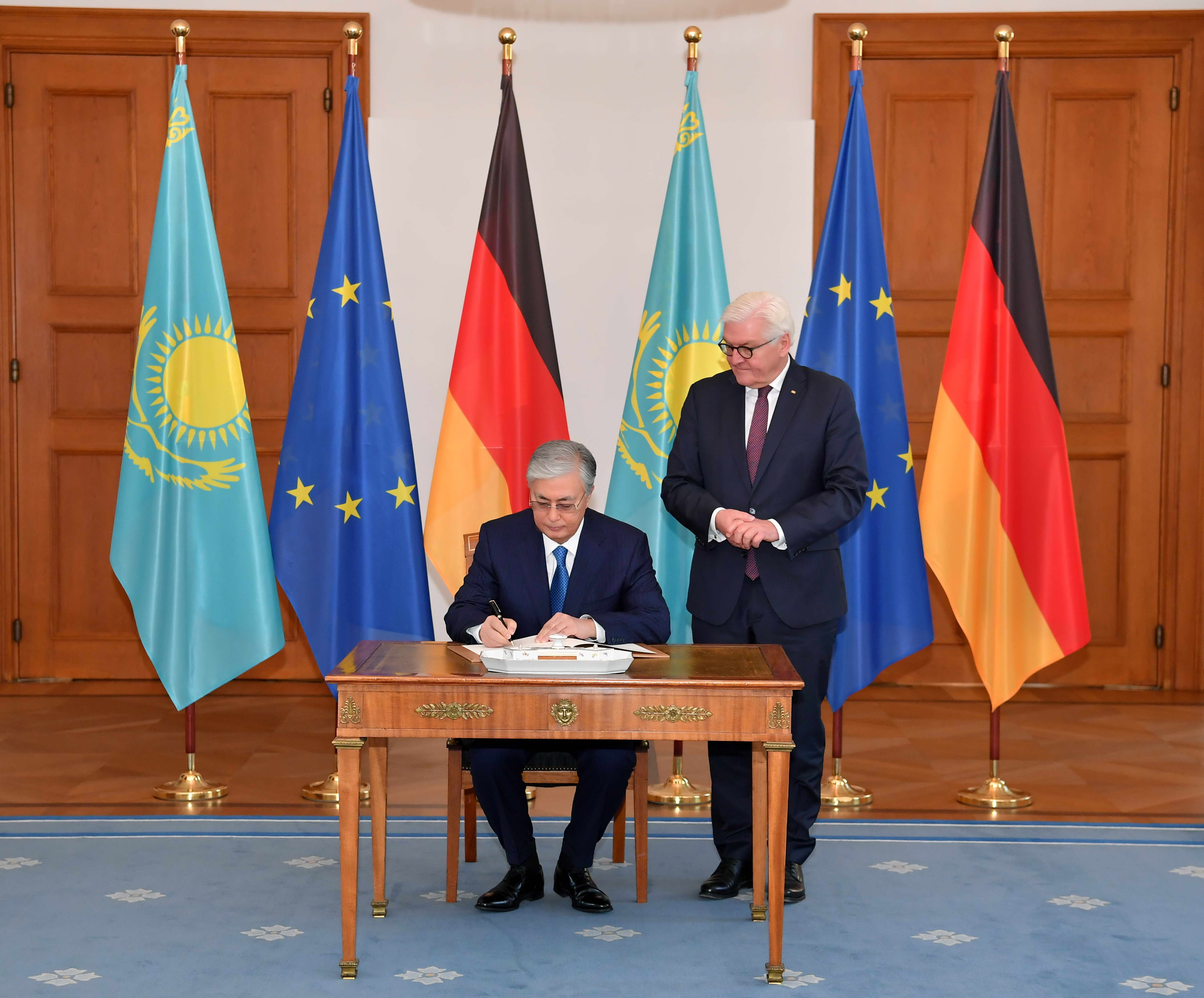 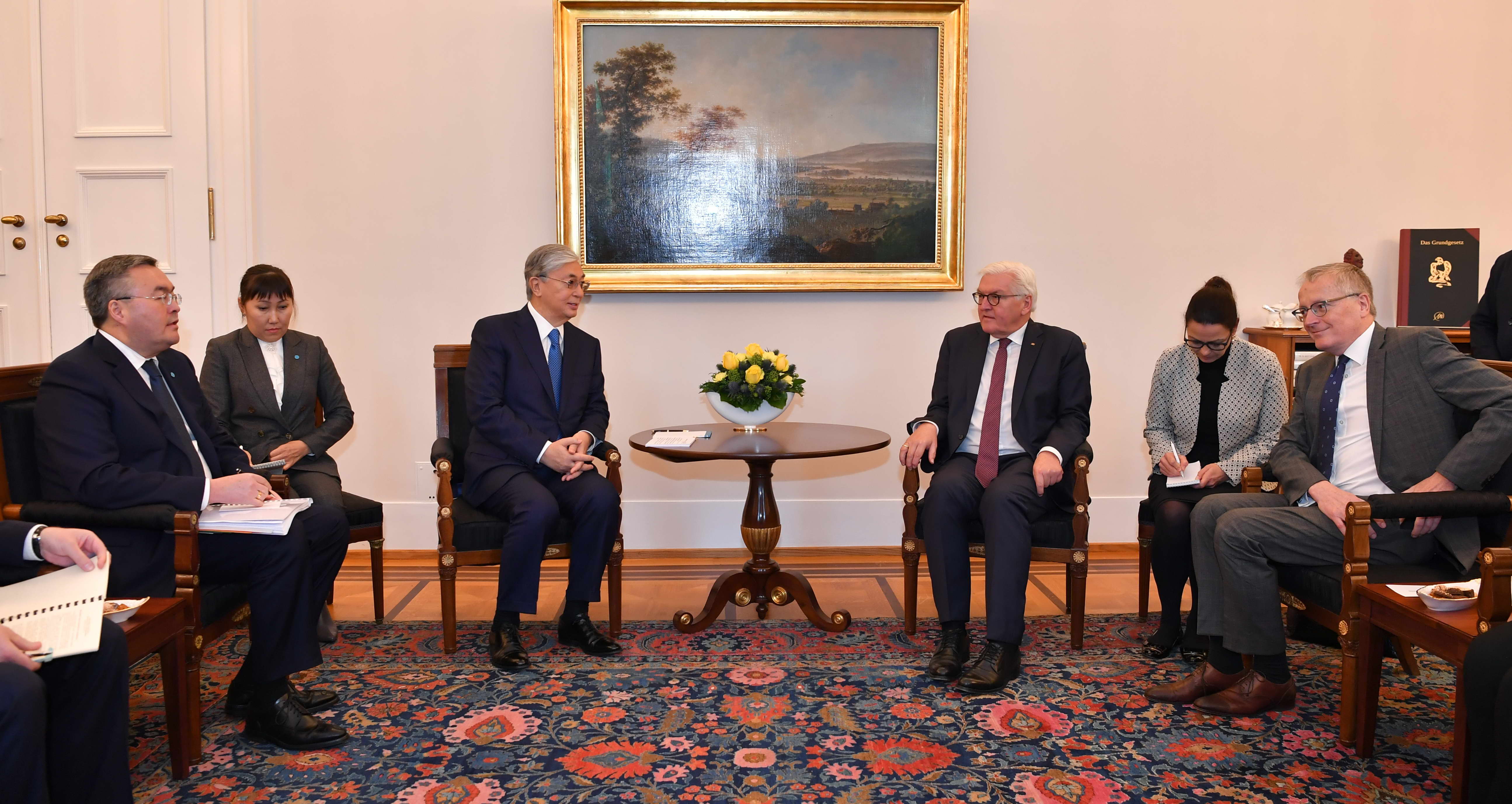 President of Kazakhstan Kassym-Jomart Tokayev, who is on an official visit to Berlin held a meeting with Federal President of Germany Frank-Walter Steinmeier.

After the ceremony of greeting and photographing, the Heads of state went to the residence “Bellevue”, where Kassym-Jomart Tokayev left an entry in the Book of honored guests.

Then, the two presidents held talks, during which they touched upon a wide range of issues of mutual interest.

Having noted that our countries have friendly relations, Kassym-Jomart Tokayev stressed that among the states of the European Union, he makes his first official visit to Germany.

Frank-Walter Steinmeier expressed his gratitude in this regard, noting the importance of the negotiations for further strengthening of cooperation between Kazakhstan and Germany.